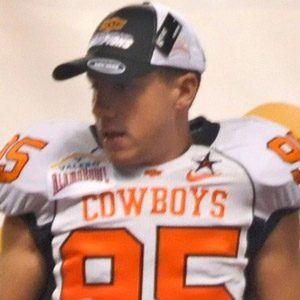 Placekicker who was selected to the PFWA's All-Rookie Team in 2011 and became the third rookie in NFL history to convert six field goals in a single game with the Dallas Cowboys.

He attended Southwest Covenant School in Oklahoma, where he was the school's kicker and class valedictorian.

He played college football at Oklahoma State and won the Lou Groza Award in 2010 as the nation's best collegiate placekicker.

He was born to Gary and Ann Bailey.

He became teammates with quarterback Tony Romo on the Dallas Cowboys in 2011.

Dan Bailey Is A Member Of