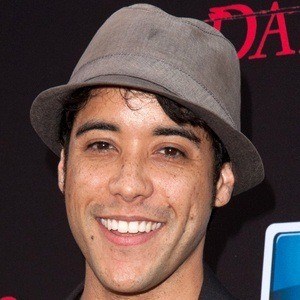 American actor who played Drew in the Broadway production of Rock of Ages for several years. He is also known to television audiences for playing Chase Madison on the fourth season of Glee.

He grew up in Farmingdale, New York and studied web design in college.

He has been involved with the organizations Love146 and Lollipop Theater Network, which bring theatrically-released movies to hospital-bound children.

He played the character of Drew in Rock of Ages, which was later played by Diego Boneta in the film version.

Dan Domenech Is A Member Of