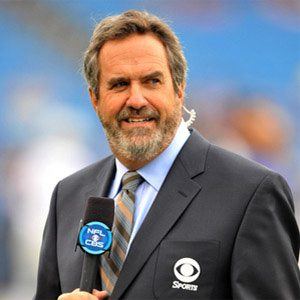 Quarterback who played all 15 of his NFL seasons with the San Diego Chargers, then went on to become a color commentator for NFL games on CBS.

He was not a well-known player when he accepted a scholarship to the University of Oregon; that changed when he ended up breaking 19 school records.

During his first year of eligibility in 1993, he was inducted into the Pro Football Hall of Fame.

He had two children with Julianne Mehl before they divorced; he then married Jeri Martin.

He and Junior Seau both had their jerseys retired by the Chargers.

Dan Fouts Is A Member Of