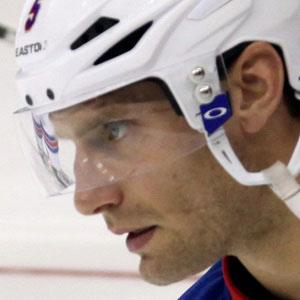 NHL defenseman who began his career with the New York Rangers in 2006 and became an alternate captain for the team in 2011. He helped the Rangers reach the Stanley Cup Finals in 2014, where they were defeated by the Los Angeles Kings. In 2017, he signed a deal with the Tampa Bay Lightning.

He was initially called up to the Rangers to replace the injured Darius Kasparaitis, but his solid play solidified himself into the rotation.

He was born in Welland, Ontario, Canada. He shares a son named Landon and a daughter named Shaye with his wife Pam.

Dan Girardi Is A Member Of