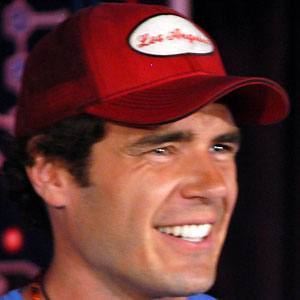 Canadian actor who is known for playing the role of John in the television show Alice, I Think. He also appeared in the films Cabin in the Woods, Watchmen, and Underworld: Awakening. In 2015, he appeared in the Disney TV movie Descendants.

He attended the University of Calgary where he played volleyball for the U of C Dinosaurs which led him to play professionally in Holland and he later became a professional photographer in Australia.

He has two children with his wife, Daylon: Elijah and Grayon.

He appeared in various roles opposite Richard Dean Anderson on the television series, Stargate SG-1 from 2002-2005.