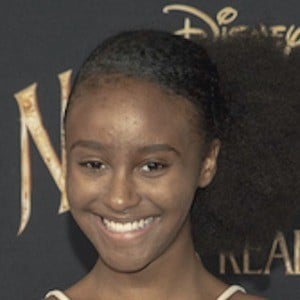 Television actress who is best known for her work on Danger Force and Henry Danger. She also appeared as Bree on Fancy Nancy from 2018-2019.

She made her professional acting debut on WellieWishers in 2016.

She posted an Instagram photo with her mother for Mother's Day 2021.

She was cast on Danger Force which starred Cooper Barnes.

Dana Heath Is A Member Of