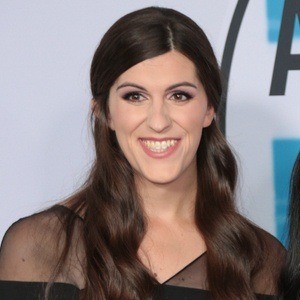 Politician who was elected to the Virginia House of Delegates in 2017, becoming the first transgender woman ever to be seated in a U.S. statehouse. She was previously an award-winning reporter for the Gainesville Times and Prince William Times.

She grew up in Prince William County, Virginia and was a journalism major at St. Bonaventure University. She publicly came out as transgender in 2013.

She is a musician who has performed as the frontwoman for the metal band Cab Ride Home.

She was raised by her maternal grandfather, Anthony Oliveto, after her father committed suicide. She has a stepdaughter.

She was endorsed by former Vice President Joe Biden during her campaign.

Danica Roem Is A Member Of