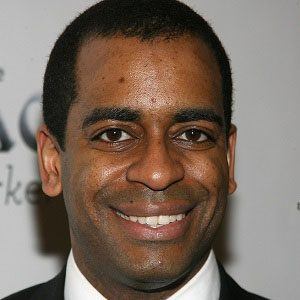 American comedian and actor who is best known for his role as Donkey on Shrek the Musical, the live stage show adapted from the 2001 DreamWorks animated film. His performance earned him a Drama Desk Award nomination for Outstanding Actor in a Musical. In 2017, he was cast in the Broadway production of Hamilton.

After attending the Douglas Anderson School of the Arts in Florida, he enrolled in Juilliard School where he earned his bachelor's degree in 2002.

He played the role of Mafala Hatimbi in the musical The Book of Mormon.

In 2008, he married Kate Whorisky and they have two sons named Rory and August.

In 2008, he won an Obie award for his performance in Passing Strange, a play filmed by Spike Lee.

Daniel Breaker Is A Member Of