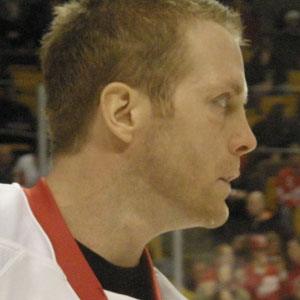 Left wing who was selected 13th overall in the 1997 NHL draft by the Chicago Blackhawks and became the first Newfoundlander to win a Stanley Cup Championship after his Detroit Red Wings defeated the Pittsburgh Penguins in 6 games in 2008.

He began his minor hockey career at home, and moved away at age 15 to play for the Kingston Voyageurs of the Metro Junior Hockey League.

He spent four seasons with the Edmonton Oilers from 1999 to 2003, then spent a year with the Phoenix Coyotes before signing with the Red Wings in 2005.

He was born in Carbonear, Newfoundland, but grew up in Harbour Grace.

Henrik Zetterberg was named Playoff MVP in 2008 when the Wings took home the Stanley Cup Championship.

Daniel Cleary Is A Member Of