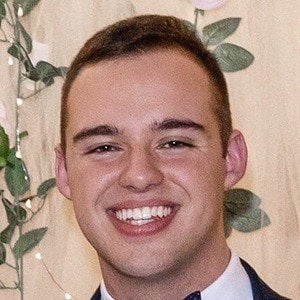 Originally known as one-half of the popular Vine duo DoubleD alongside his fraternal twin David. Due to their success there, they went on to serve as app reps for TikTok.

He and his brother first gained fame on the popular Vine account DoubleD before the platform shutdown.

He and his brother were born in Iowa City, Iowa.

He is a popular twin TikTok creator from Iowa, much like Brittany Scovel.

Daniel Goldsmith Is A Member Of