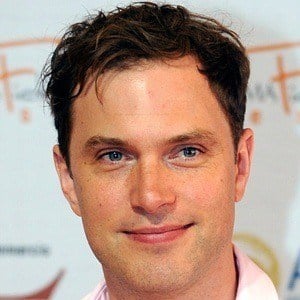 Australian actor of the stage and screen who booked roles in feature films including 1994's Muriel's Wedding, 1999's Double Jeopardy, 2002's The Abduction Club, 2008's Last Chance Harvey and 2012's Zero Dark Thirty. He is also known for his recurring role in the TV series Catastrophe, and for starring in the "The Entire History of You" episode of Black Mirror.

He graduated from the National Institute of Dramatic Art in 1992.

He wrote and directed the feature film 48 Shades.

He married Fay Ripley in 2001 with whom he has two children named Parker and Sonny.

He starred opposite Jonathan Pryce in the Shakespeare's Globe production of The Merchant of Venice.

Daniel Lapaine Is A Member Of