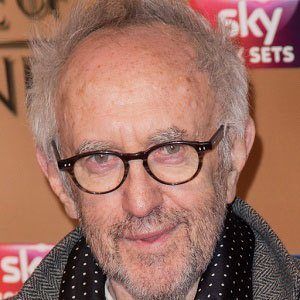 Known for appearing in the high-budget film, Pirates of the Caribbean and the independent film, Glengarry Glen Ross. His breakthrough film role came in 1983's Something Wicked This Way Comes. In 2008 he portrayed Marty Bronson in Disney's Bedtime Stories. In 2018, he starred in The Wife.

He began his career on the London stage, winning the 1977 Tony Award for his role in Comedians.

He gained fame for his role in the 1985 cult classic film, Brazil. In 2022, he was cast in the final two seasons of The Crown as Prince Philip, Duke of Edinburgh.

He was born in Holywell, Wales, the son of Isaac Price, a coal miner, and Margaret Ellen, a cashier. In 1974, he began a relationship with Kate Fahy. He and Kate have three kids.

Bedtime Stories
Pirates of the Caribbean: The Curse of the Black Pearl
What a Girl Wants
More