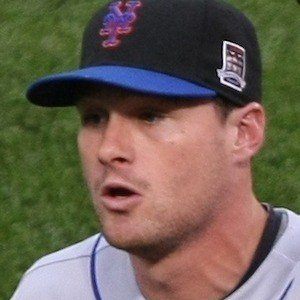 Infielder who was named to his first Major League Baseball All-Star Game as a member of the New York Mets in 2014. The following season, he was named NLCS MVP after setting a Mets franchise record for home runs in a single postseason. In 2016, he was signed to the Washington Nationals.

He played college baseball at Jacksonville University, where he was named the A-Sun Baseball Player of the Year as a junior. He was later drafted by the Mets in the thirteenth round of the 2006 MLB Draft.

His younger brother, Jonathan Murphy, was drafted by the Minnesota Twins in the nineteenth round of the 2012 MLB Draft. He married Victoria Ahern in December 2012. His first child, Noah, was born in March 2014.

He has played under manager Terry Collins in New York.

Daniel Murphy Is A Member Of