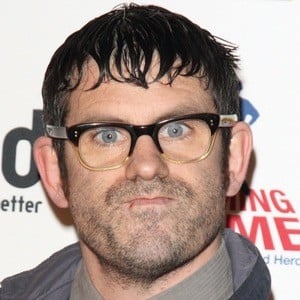 Stage actor who joined the cast of Spongebob Squarepants The Musical on Broadway in 2016 as Patrick Star. He first found acclaim touring as the character Angelos Epithemiou.

He studied drama at Middlesex University in London from 1994 to 1997.

He was a part of the Dutch Elm Conservatoire. They were nominated for the Perrier award at the Edinburgh Festival Fringe in 2005.

He and Andy Kaufman are two comedians that would tour as their alternate egos.

Daniel Renton Skinner Is A Member Of