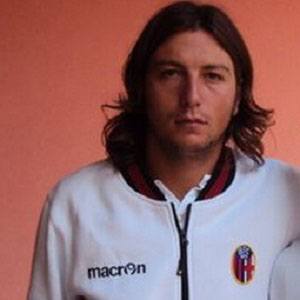 Italian forward who began his professional career with Parma F.C. in 2005. He helped the Montreal Impact win the Canadian Championship in 2013 while on loan with the team.

He spent the first five seasons of his professional career with Parma before joining Bologna in 2010.

He was born to Bruno and Rosita Paponi.

He was sent on loan to the MLS's Montreal Impact in 2013, where he played alongside Matteo Ferrari.

Daniele Paponi Is A Member Of