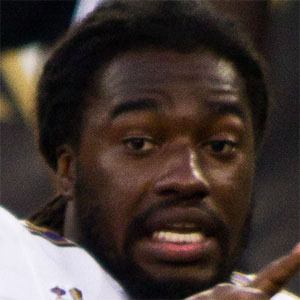 Backup linebacker on the Ravens 2012 Super Bowl team who played four seasons in Baltimore before taking on a more prominent role with the Dolphins. He had 101 tackles and two interceptions his 2013 season in Miami.

He was undrafted in 2009 even though he earned Second-team All-SEC honors his senior season.

He made a clutch interception in the 2012 season AFC Championship game to help the Ravens reach Super Bowl XLVII.

His mother's name is Valerie Covington.

He laid a controversial hit on Trent Richardson during Week 9 of the 2012 season, which resulted in a $10,000 fine by the league.

Dannell Ellerbe Is A Member Of