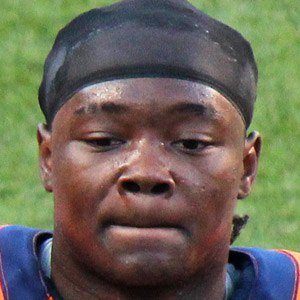 Linebacker who made his NFL debut in 2012 for the Denver Broncos. He helped the Broncos win Super Bowl 50 in 2016.

He played at the University of Kentucky, where he was selected first team All-SEC in 2010.

He made unfortunate headlines in week 1 of the 2013 season, when he nearly returned an interception for a touchdown, but celebrated too early and dropped the ball before the goal line.

He was selected in the 6th round of the 2012 draft, with a pick that the Broncos acquired when they traded Tim Tebow to the New York Jets.

Danny Trevathan Is A Member Of