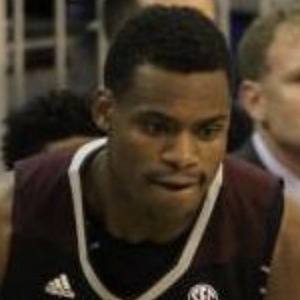 Shooting guard or small forward who has made a basketball career of bouncing between the NBA and NBA G League. He had his best games as a professional with the Houston Rockets during the 2018-2019 season, but spent a lot of time with the Rio Grande Valley Vipers.

He began his college career at the University of Houston before transferring to Texas A&M University. He helped the Aggies make a Sweet Sixteen run in the 2016 NCAA Tournament.

He joined the Washington Wizards for the 2016 NBA Summer League after going undrafted. He previously signed a two-way contract with the Phoenix Suns as well.

He was born to parents Lisa and Danuel House Sr. He has a daughter named Ava House. He has siblings named Jerrel, Terrel and Danuel III and Dannisha.

He shared the floor with James Harden during his time with the Rockets.

Danuel House Is A Member Of