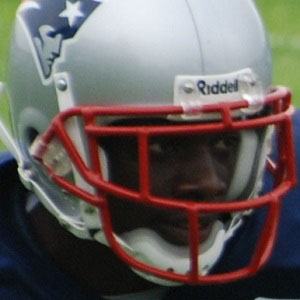 NFL cornerback who signed with the Indianapolis Colts in 2012. He previously played for the Panthers and Patriots after being drafted 41st overall in 2009.

He was a First-team All-Big East selection his senior year with the University of Connecticut.

He had an impressive two-interception game against the Houston Texans during Week 15 of the 2012 season.

His cousins and Geno Atkins both played in the NFL. His uncle, Gene Atkins, was also a professional football player.

He scored a pick 6 after intercepting a Brady Quinn pass on December 23, 2012.

Darius Butler Is A Member Of