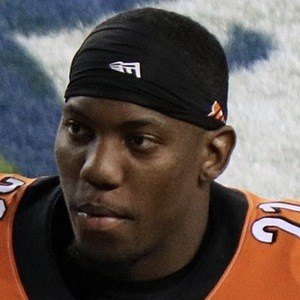 Cornerback who was selected 24th overall in the 2014 NFL Draft by the Cincinnati Bengals. He earned the nickname "No-Fly Zone" at Michigan State University, leading the Spartans to a Rose Bowl title in 2014.

He was a two-way player at Twiggs County High School, but was not highly recruited.

His cousin, Alfonzo Dennard, was drafted by the New England Patriots in 2012.

At MSU, he played under head coach Mark Dantonio.

Darqueze Dennard Is A Member Of