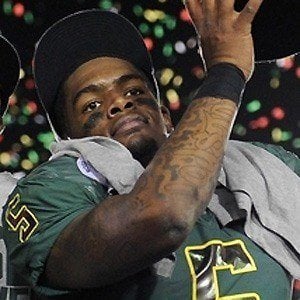 Quarterback best known for his time at the University of Oregon, where he led the Ducks to a 2012 Rose Bowl victory.

He attended Aldine High School in Texas, where he was a four-star recruit by both Rivals and Scout.

Following his days at Oregon, he began a professional career, spending time in the CFL and AFL immediately after college.

His parents are Latina Thomas and Darren Waters.

At Oregon he played for coach Chip Kelly.

Darron Thomas Is A Member Of