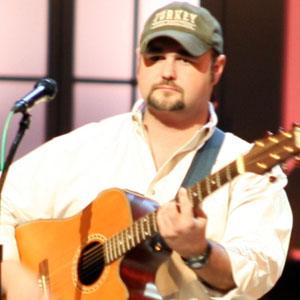 American country music singer who released the hit singles "I Let Her Lie" and "Amen Kind of Love."

He sang gospel music as a child and took voice lessons while in high school before moving to Nashville to pursue a music career.

He sang as a demo singer in Nashville, including on "An Old Pair of Shoes," which eventually was recorded by Randy Travis.

He was born to a postal worker father and a hairdresser mother. He was raised alongside a brother.

He recorded and released a cover version of Conway Twitty's song "I'd Love to Lay You Down" on his 2002 album, That's Why I Sing This Way.

Daryle Singletary Is A Member Of