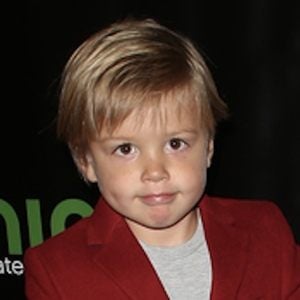 Child actor known for playing Tommy Fuller, Jr. on Fuller House, a role he splits with his twin brother Fox.

He wasn't even able to crawl when filming for Fuller House started.

He and his brother were born through a surrogate.

His mother is named Kacy and he has an older sibling who was adopted.

Like Mary-Kate and Ashley Olsen did on the original show, Full House, he and his brother both play the same role on Fuller House.

Dashiell Messitt Is A Member Of