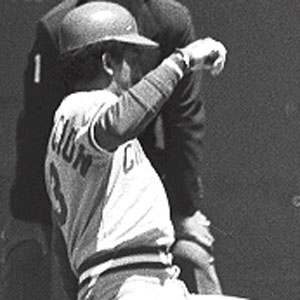 9-time MLB All-Star shortstop who anchored the infield for Cincinnati's Big Red Machine in the 1970s.

He became famous for using the artificial turf at his home stadium to perfect a one-bounced throw to first base.

He played alongside Pete Rose when the Cincinnati Reds won back-to-back World Series titles in the mid-1970s.

Dave Concepción Is A Member Of