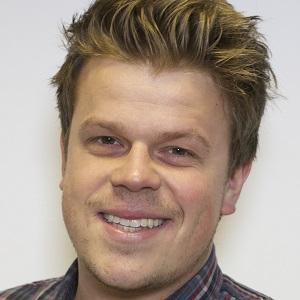 Founder of the social media platform Givey, a network for giving to charity. He is also known for public speeches, including TEDx talks about giving, and for his YouTube channel, DaveErasmus, where he posts a variety of travel and creative videos with a focus on exploring dancing.

He built BroadPlace at the age of 19 and sold it at the age of 21. He then went on to found multiple businesses throughout his 20s.

When he was 18, he had a large jaw operation to correct an underbite which left 5 metal plates in his jaw.

He was born in Johannesburg, South Africa and raised in Surrey, England alongside his three siblings.

Dave Erasmus Is A Member Of