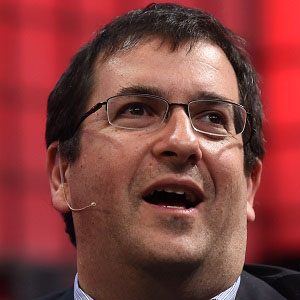 Entrepreneur and executive best remembered as the founder of the multimedia company LAUNCH Media as well the CEO of online survey and data collection company SurveyMonkey. He died following a treadmill accident in May 2015 at the age of 47.

His funeral was attended by notable celebrities like U2 frontman Bono, who performed performed the song "One" at the ceremony.

He was married to Facebook COO Sheryl Sandberg. He had two children.

Following his death, he was publicly praised by some of the world's most well-known internet entrepreneurs, including Facebook's Mark Zuckerberg and Twitter's Dick Costolo.

Dave Goldberg Is A Member Of