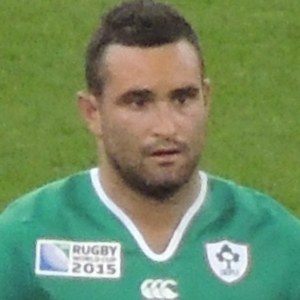 Irish rugby union wing and fullback who made his professional debut with Leinster in 2009. He won the Six Nations Championship while playing for Ireland in 2014.

He played his youth rugby for Lansdowne and attended University College Dublin.

He played for Ireland's U20 team as well as the Wolfhounds, the country's second-tier national team. He was one of three players to play every minute of every game in the 2014 Six Nations.

His brother Rob is also a rugby fullback who's played for Leinster and Ireland.

He and Jamie Heaslip have been teammates on Leinster.

Dave Kearney Is A Member Of