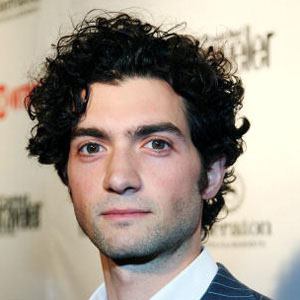 Known for his role as Mark Smeaton in the television series The Tudors, he also appeared as Atticus Shane in the popular teen supernatural series The Vampire Diaries.

Before beginning his acting career, he attended the University of Toronto and had dreams of being a neuroscientist.

He appeared with Robin Williams in the 2006 film Man of the Year.

He grew up in Toronto and North York, Ontario.

He was nominated for a Genie Award for his starring role in director Atom Egoyan's 2002 historical movie, Ararat.

David Alpay Is A Member Of