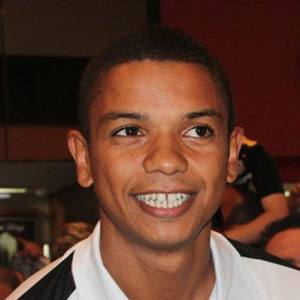 Defender who has gained fame for his Brazilian club career, including for Santos FC of the Campeonato Brasileiro Série A since 2012. He won the state-centric Campeonato Paulista title with the club in 2015 and 2016.

He began his youth soccer career with Palmeiras' youth academy between 2002-2006. He later made his pro debut in 2006 with the squad's B side.

He won the Campeonato Brasileiro Série A title in 2009 with Flamengo. He previously won the South American Youth Championship with the Brazil U-20 squad in 2007.

He was born and raised in Guarulhos, Brazil.

He and Carlos Andres Sanchez have played as teammates for Santos FC.

David Braz Is A Member Of