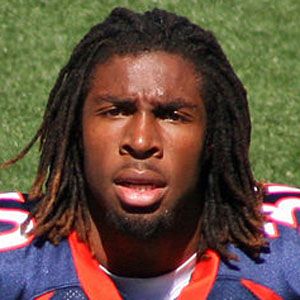 NFL safety who found a role as a special teams contributor with the Denver Broncos. He was drafted in the fourth round by the team in 2009.

He had 97 tackles while leading the team with four interceptions his senior season at the University of Notre Dame.

He gained media attention for working as an Ohio substitute teacher during the potential 2011 NFL lockout.

He was teammates with Brady Quinn at the University of Notre Dame in 2005 and 2006.

David Bruton Is A Member Of