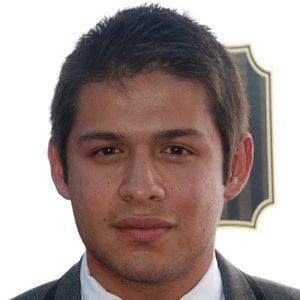 Actor who rose to widespread prominence for his recurring role as Jorge Castillo on the ABC Family TV series Switched at Birth He has also gained popularity for his time as Nicholas on the CW TV series Jane the Virgin and as Diego Hargreeves on Netflix's The Umbrella Academy.

He earned his first on-screen credit in 2009. He portrayed Saul in the film Drive-By Chronicles: Sidewayz.

He was born in Los Angeles, California, but grew up in Sinaloa, Mexico. He'd return to the U.S. for high school.

He appeared alongside fellow Latino actor Michael Pena in the police drama film End of Watch.