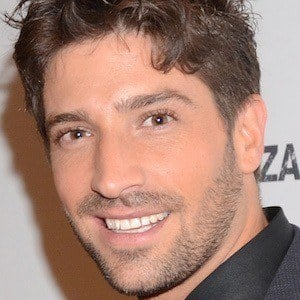 He was a professional baseball player prior to landing a role on the 2004 show Floricienta.

He was nominated for five awards for his acting between 2011 and 2014. He has 1.2 million followers on Instagram.

He has two daughters with his wife Carolina Laursen.

He and Maritza Rodriguez both starred on El Rostro de la Venganza.

David Chocarro Is A Member Of