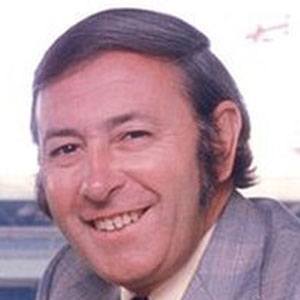 Joining the BBC in 1954 as an assistant and sports editor, he made his first television appearance on the program Sportsview.

In all, he covered 11 Olympic games from 1960 to 2000. He called six World Cups as a commentator and covered a seventh one as a presenter.

He had six children with his wife Barbara.

His malaproprisms were parodied in a trailer sketch by Eric Idle and the Monty Python Troupe, where Idle announced "... And for those of you who don't like television there's David Coleman. And of course there'll be sport. But now for something completely different--sport."

David Coleman Is A Member Of