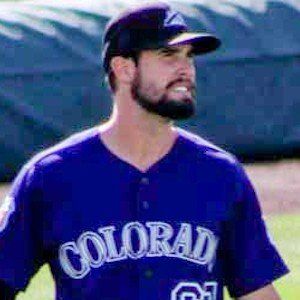 MLB player who was drafted right out of high school by the Colorado Rockies in the first round of the 2012 MLB Draft.

He began his career with the Rockies playing for the rookie league's Grand Junction Rockies.

Going into the 2013 season, he was ranked by MLB.com as the league's 58th best prospect, and the Rockies' second best prospect by Baseball America.

He and Troy Tulowitzki were both first round picks of the Colorado Rockies, Tulowitzki drafted 7 years earlier.

David Dahl Is A Member Of