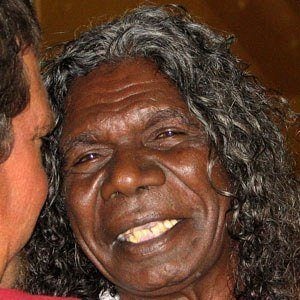 Known best for his starring role in the 1971 film Walkabout, this Australian aboriginal actor also played major roles in the films The Last Wave and Storm Boy, as well as in the 2008 Baz Luhrmann movie Australia.

His childhood years were spent in the Australian bush, where he attended a village school in Maningrida, Arnhem Land.

A native speaker of the Mandhalpuyngu language, he grew up in Australia's Northern Territory as a member of the Yolngu indigenous ethnic group. In 2011, he was sentenced to a year in prison for domestic abuse against his wife Miriam Ashley.

David Gulpilil Is A Member Of