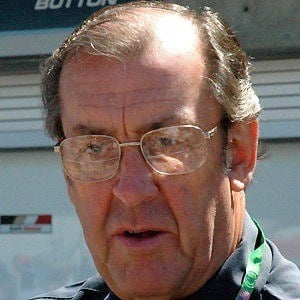 Former racing driver who competed for over 30 years. He became a commentator for NBC after retirement.

He was born in England just a few months before the start of World War II.

His youngest son, Guy, worked for the Speed Channel as a pit reporter.

He appeared in the 1983 film "Stroker Ace" with Jim Nabors.

David Hobbs Is A Member Of