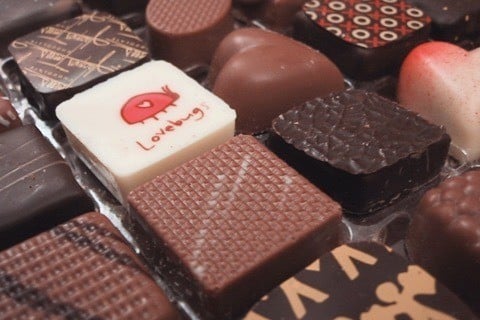 A holiday where love between romantic partners is celebrated through means such as Valentine's Day cards or the gifting of chocolates, amongst other things. The date of the holiday, February 14, has been linked to events such as the imprisonment of Saint Valentine of Rome for performing forbidden weddings in the early AD centuries, but it wasn't until the 14th century that the holiday became linked specifically to love.