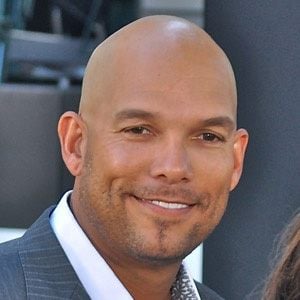 Three-time MLB All-Star who hit over 300 home runs in his 14-year career.

He skipped seventh and eighth grades and studied criminal justice in college.

Married Rebecca Justice, with whom he had a son, Dionisio, and a daughter, Raquel; he also had a son from a previous relationship.

He won a World Series with the Atlanta Braves in 1995 alongside teammate Greg Maddux.

David Justice Is A Member Of