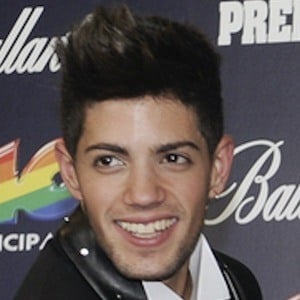 Spanish singer who is most famous for being a member of the boy band Auryn. He and the band gained popularity after competing in the Destino Eurovisión in 2011 and have since released hit singles like "Puppeteer" and "I Don't Think So."

He performed in choirs and orchestras for seven years prior to joining Auryn.

His band won big at the 2014 Neox Fan Awards, taking home awards for Group of the Year and Song of the Year.

He was born in Granada, Spain.

He has been bandmates with Blas Canto Moreno in Auryn.

David Lafuente Is A Member Of