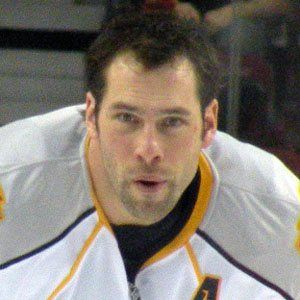 Center who debuted in the NHL with the Nashville Predators in 1999 and set nearly every statistical team record, including games played, goals, assists, and points. After his time in Nashville, he went on to play for the Detroit Red Wings, Ottawa Senators and Buffalo Sabres.

During the NHL lockout in 2004-05, he played in Switzerland for EHC Basel.

His wife Lindsey Legwand delivered a son on November 21, 2009, and later that night David scored two goals and had an assist.

He was chosen second overall in the 1998 NHL Draft behind All-Star center Vincent Lecavalier.

David Legwand Is A Member Of