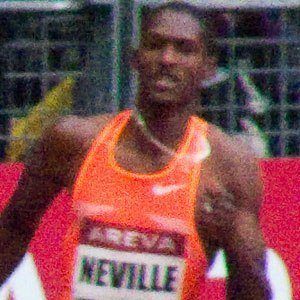 American sprinter who took home the 4x400 m relay gold medal at the 2008 Beijing Olympics, as well as the bronze for the 400 m.

He was an All-American sprinter at the University of Indiana.

He was born in 1984 in Merrillville, Indiana.

He and swimmer Michael Phelps were both 2008 gold-medal winners.

David Neville Is A Member Of