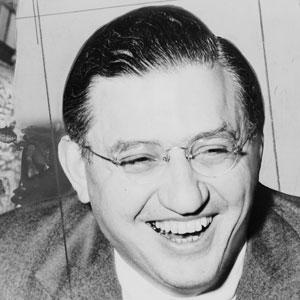 Producer of A Star Is Born, Gone with the Wind, and several Alfred Hitchcock films.

He studied at Columbia University and helped his father in the distribution of silent movies.

He won Academy Awards for Gone with the Wind from 1939 and Rebecca from 1940. He also received the Irving G. Thalberg Memorial Award in 1939.

He also produced The Third Man from 1949, which starred Orson Welles.

David O. Selznick Is A Member Of