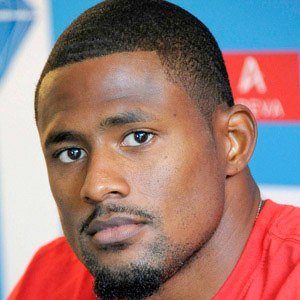 He graduated from Denver East High School and Howard University.

He is the son of Brenda Chambers, who was also a track and field athlete.

He competed in the 2008 Olympics along with swimming athlete Michael Phelps .

David Oliver Is A Member Of