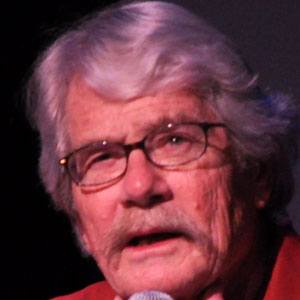 Comedian who is a member of the creative comedy troupe The Firesign Theatre. His mystery novel. The Ronald Reagan Murder Case: A George Tirebiter Mystery, was published in 2007.

He spent years performing as a member of the Firesign Theater before debuting solo.

He was part of a comedy troupe with Phil Austin and Peter Bergman.

He lost his son Devin in a mountaineering accident in 2008.

He did voice acting with Kevin Spacey in the 1998 animated film A Bug's Life.

David Ossman Is A Member Of