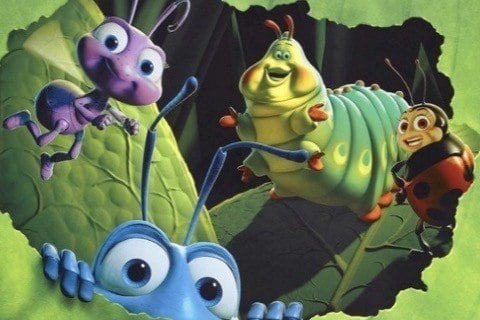 A misfit ant recruits a group of bugs from an inept circus troupe to help save his colony from a bunch of evil grasshoppers. John Lasseter directed the film which was inspired by Aesop's fable The Ant and the Grasshopper.

Randy Newman composed the music for the Pixar film and earned both an Oscar and Grammy nomination. The movie won the Broadcast Film Critics Association Awards for Best Animated Film and Best Family Film.