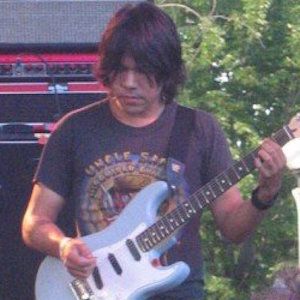 Multi-faceted musician best known for his guitar work across various genres. He has performed in the hardcore punk, electronica, and post-rock genres, amongst others.

He began his career in Louisville, Kentucky. While there, he played with three hardcore bands.

He is perhaps most prominently known for his stint with the band Slint. He has since joined and left a wide variety of bands in quick succession. In 2009, he began touring with the Yeah Yeah Yeahs.

He was born in Texas, though eventually raised in Louisville, Kentucky.

He has played with and contributed to Will Oldham's ensemble.

David Pajo Is A Member Of