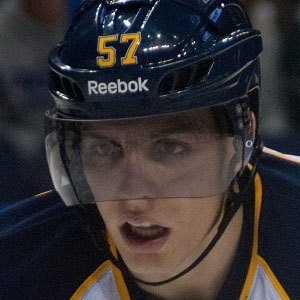 NHL left winger who was drafted 26th overall by the St. Louis Blues in 2007. He then went on to play for the Edmonton Oilers, Pittsburgh Penguins, Anaheim Ducks and Vegas Golden Knights before returning to the Blues in 2018. He helped the Blues with the 2018-19 Stanley Cup Championship.

He was born in Sherbrooke, Quebec, Canada. He shares two children, Mason and Victoria, with his wife Vanessa Vandal.

He became teammates with star center Sidney Crosby on the Penguins.

David Perron Is A Member Of