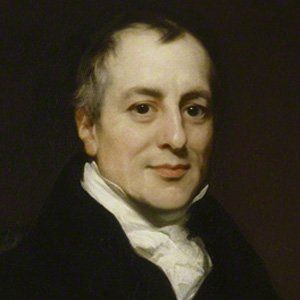 An English political thinker and writer, he is credited with such economic theories as the law of diminishing returns, the labor theory of value, and Ricardian equivalence. His famous work, On the Principles of Political Economy and Taxation, was published in 1817.

He began his career as a stockbroker. He later served in the House of Commons.

He invented the economic theory of competitive advantage.

He grew up with sixteen siblings. He married Priscilla Anne Wilkinson, a Quaker, at age twenty-one, and soon thereafter converted to Unitarianism. As a result, his Jewish parents disowned him.

He is considered to be one of the founding philosophers of economics, along with Thomas Malthus.

David Ricardo Is A Member Of