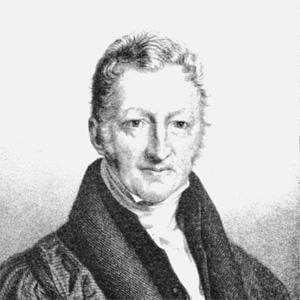 English economist who said The histories of mankind are histories only of the higher classes.

He graduated from Jesus College, Cambridge and was awarded English declamation, he studied Latin and Greek, and graduated with honors.

The economic concept of rent was made popular because of him.

He married his cousin Harriet in April 1804. The couple had three children together.

Thomas Malthus Is A Member Of