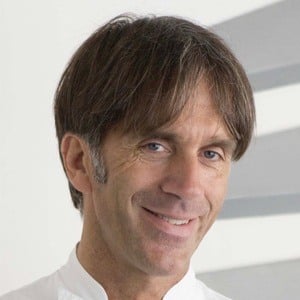 Italian chef who is known for opening his own restaurant D'O which has received a Michelin star. He is also known for his appearance on the La5 and Canale 5 series The Chef. He shares his finished plated creations as well as process shots through Instagram for his over 120,000 followers.

With a passion for cooking early on, he first opened his restaurant D'O in 2003. In December of 2008, he earned further recognition when he received the Ambrogino d'oro award from the Municipality of Milan.

He has published several books of his recipes including Chefacile in 2013 and Return Cook in 2007.

He was born and raised in Cornaredo, Milan, Italy.

Other Italian chefs also known for having earned Michelin Stars include Massimo Bottura and Bruno Barbieri.

Davide Oldani Is A Member Of